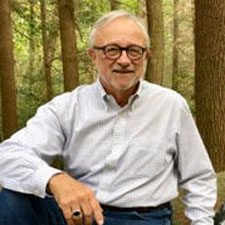 Kanute Rarey lives in Clay County, NC and is a storyteller as well as a writer, teacher and explorer. He is available to be a part of any festival and loves telling stories to festival folks and children. From tall tales to life lessons he has written a few from his own blood, sweat and tears in life to his joy of imagination. Kanute says he may have been born and raised on a farm in rural Ohio, but moved to the mountains as soon as he could. After a quarter of a century in the mountains of Alaska and North Carolina, storytelling is second nature to him. He says most of his stories are true… more or less. As they say he never lets the truth get in the way of a good story.

Rarey has studied storytelling with Elizabeth Ellis, Bil Lepp, Minton Sparks, Faye Wooten, Ted Cooley and others along the way. He has much to be thankful for today. Folks have heard him tell at the Georgia Mountain Storytelling Festival, the Moth StorySlam in Asheville, John C. Campbell Folk School in Brasstown, and the Swapping Ground and Fringe Festival at the National Storytelling Festival in Jonesborough, TN and the Tejas Storytelling Festival in Denton, TX. And you can find him regaling local folk in Hayesville, NC at the Clay and Cherokee County care centers, the Clay County public library, the local Peacock Playhouse and the Clay County School System. He also has told stories on local and regional radio and cable television. Locally he is known as the “Headliner” at Pat’s Barber Shop.”