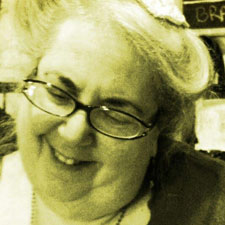 In June of 2010, Rabbi Raine was ordained as a Maggida, a spiritual storyteller, by Yitzhak Buxbaum through his Maggid Training Program in Brooklyn, New York. Rab Yitzhak had received his ordination as a Maggid through the late Rebbe Shlomo Carlebach, of blessed memory and Rabbi Zalman Schechter-Shalomi, ​of blessed memory. Rebbe Shlomo’s smicha (ordination) comes directly through a line of rabbis whose lineage can be traced all the way back to the Baal Shem Tov of Eastern Europe during the 1800s. This was most important to Rabbi Raine as her own lineage on her maternal grandmother’s side runs back to Hasidism through her great-grandfather who was the last Rebbe of Shamburg, Prussia, during the second half of the 19th century. It was the second wife of the Rebbe after whom Rabbi Raine, Leibele Channa, is named.

As a Maggida, Rabbi Raine has “told” at religious and secular events. She presented several times in Brooklyn, New York, in several of the synagogues in the blocks off Atlantic Ave. She has also “told” at the Tejas Storyteller’s Association Festivals in both Denton and Austin, Texas. She “tells” at her own home-base group, The Central Storyteller’s Guild in Austin, Texas. And with the advent of this Yom Kippur, she will be “telling” as part of a Yom Kippur Contemplative Story Telling Yiskor Service.