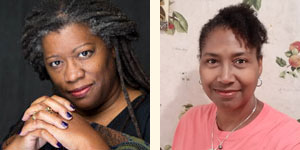 In this workshop we explore 30 years of research that inextricably links language and literacy. We will discuss ways to increase a youngster’s aptitude in both. Using activities from finger games to beginning stories, we will look at ways of using familiar tales in the classroom and library to enhance vocabulary and improve a student’s chances of becoming a solid reader.

Donna Washington was an Army brat and moved around a lot. Through it all, she learned about different people and places and, of course, learned their stories. Donna is an award-winning recording artist and has performed at thousands of schools, libraries and numerous storytelling festivals throughout the country. She loves offering workshops on writing, education and creative drama for librarians and educators. Busy in North Carolina, Virginia, South Carolina at library conferences, educators conferences, and the International Reading Association Conference, Donna knows her stuff! https://dlwstoryteller.com/

Shiny Wu (North 40 Storytellers)
Shiny was born and raised in Taiwan. In 1985 she hosted the television program “Good Afternoon Taiwan” for two years and then came to the U.S.A. to chase her American dream. She won the Ranatra Fusca award for most creative team coach for the Odyssey of Mind in 1996. Then for 25 years she directed the Shiny Star after-school program focusing on gifted and talented activities. In 2019 Shiny performed “Fly Me to the Moon” at the Allen Public Library. She coaches the Toastmaster Youth Gavel Club every Saturday and plans more fun events for the simple power of youth leadership in the future. youthcampshinystar@gmail.com

Mike Tomson (Doc Moore Storytelling Guild)
Mike grew up in the remote Northern Pacific islands of Micronesia, south of Hawaii and east of the Philippines. Raised in an oral island tradition, he remembers stories not written, but rather carved in the wooden rafters and read in the firelight of meeting houses. Indigenous elders have guided his choices as he has traveled through the Western USA, Australia, Central America and many Pacific nations. Mike currently lives in Grass Valley, CA, and performs often with storytelling and cultural preservation groups. theconstructionanswer@gmail.com

Molly Lemmons (Territory Tellers)
Molly is a retired special ed paraprofessional. She began telling stories taken from her first published book about 20 years ago in which she wrote of life as she lived it during the 40’s and 50’s. Her stories are written and told from her heart, and encourage listeners to celebrate life with humor, love, and inspiration, calling on long ago forgotten memories. https://territorytellers.com/molly-lemmons/

Dana Foy (Houston Storytellers)
Dana is a native Houstonian and an active member of the Houston Storytellers Guild. He has told stories at the Moth in Houston, “So What’s Your Story?” on KPFT 90.7, his church, and at the monthly story swap at the Houston Storytellers Guild. He enjoys all manner of stories, and his favorite is the personal narrative. He and his wife Stephanie have been married for 40 years. They have three adult children and two granddaughters. His hobbies include enjoying hot, savory, and delicious meals with friends, volunteering, road cycling, and playing with his granddaughters. drf56@yahoo.com 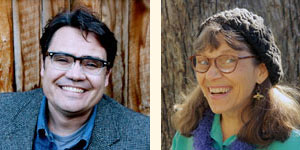 A lot of storytellers work and work and work on perfecting the right gesture, inflections, accents and glances for a story performance without ever asking why they’re telling the story in the first place. But there’s nothing quite like a story that know why it’s there. This workshop will take you down to the bedrock of understanding why you’re telling that story in the first place, driven by the notion that not every story needs a moral, but every story needs a reason. This workshop will also teach you to honor your story enough to do some research and give a few tips on how to do it.

Sam Payne is a storyteller, writer, singer/songwriter, radio personality and arts educator. Sam has been telling, performing and guiding workshop attendees for the last 20 years. Sam hosts The Apple Seed, an award-winning, national radio show on storytelling. He brings his many talents today to help us find the reason for your story. www.sampayne.com 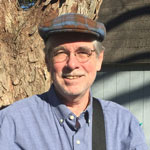 Sheila Starks Phillips
Sheila believes there are no better friends than one’s animal friends and this picture proves it. Telling stories professionally since 1990 she discovered she was a proficient liar and proceeded to win the Houston area Liars Contest four times, among others. Sheila has been a Teller in Residence two times in Jonesborough. She lives happily in Sugar Land, TX with her two cats Millie and Maggie…the typical little old lady and her cats. https://www.sheilaphillips.com/

Fred Peters
Fred is an avid Texas tale teller, often performing as a part of the Tipi Tellers. He was raised in the Panhandle of Texas where most of the area is ranch land. Before acquiring their first television set, his family enjoyed music and stories on the front porch, campfires, and wrecking yards. Fred especially loved the forgotten histories of our state. myfredy21@gmail.com

Shayne Larango
A sugar-coated hellcat who dearly loves to laugh, Shayne Larango loves stories. When an audience member told her he thought she sounded like a female Jerry Clower, she not only knew some of his stories, but also took it as a high praise. Shayne loves the humor and high drama she finds for her Ten-Gallon Texas Tales and knows if we look at just the right angle we can find common ground with the most outlandish characters. https://shaynelarango.com/

Scott Hill Bumgardner
Scott, a long-time member of the Tejas Storytelling Association, has served several terms as the Houston Storytellers Guild president and is a past president of the Texas Folklore Society. He tells a wide variety of stories: landlord, cop, cowboy, Texas, Louisiana and especially, big ol’ lies. bumscott@flash.net